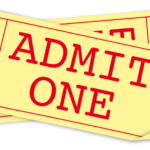 Judging Panel The judging panel for the FTA FILM COMPETITION will include film-makers and/or French language specialists. The decision of the judges is final. 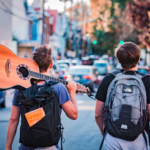 Dialogue in the film must be in French. When reviewing films submitted for the competition, judges will consider the following:

The FTA FILM COMPETITION is open to all secondary schools in the Republic of Ireland whose contact teacher is currently a member of the FTA. Only ﬁlms created and produced by secondary school pupils under the supervision of their teacher(s) will be eligible, that is, the ﬁlm must be the students’ own original work. Entries can come from individual pupils, groups, classes or a whole school. Submitted material cannot have been entered in any other competition. The entire ﬁlm production, including technical work such as editing, sound production, etc, must be carried out by the students.

Film submissions must be made online via the teacher’s FTA account.

The requirement to submit film storyboards has been discontinued in favour of production ‘out-takes’ of between 30′ to 1 min. These ‘out-takes’ are to be appended to each film submitted. The start time of the ‘out-takes’ section of your YouTube upload is to be specified when making your submission. For example, if your completed film is 4 minutes and 35 seconds long, the out-takes must be appended thereafter and ‘out-takes start time: 4’35”’ to be specfied when submitting your film details.

Films to be uploaded to YouTube and the YouTube share link to be specified as part of your online submission. (You may wish to upload your films as ‘unlisted’ so that they will not be included in YT searches.) Films may be made with cameras, phones, tablets or any recording devices. They can be regular ﬁlms or stop-motion ﬁlms.

No bad language, no sexual references, no violence and no copyrighted material can be present in the ﬁlm. Film dialogue to be in French.

Schools may submit more than one film. Please submit 2nd and subsequent films also via the ‘Submit Film’ menu item in your FTA account. The maximum number of films per school is 5.

Monday February 24th 2020 at 17.00.
Films submitted after this time/date will not be taken into consideration

Parental Consent Forms for all children participating in the film must be signed by parents/guardians.  These forms are to be retained by your school. Corresponding checkboxes to be ticked when making your film submission(s) as per the ‘Submission Form’ instructions above.

THIS FORM to be completed and retained by your school principal. Corresponding checkbox to be ticked when making your film submission(s) as per the ‘Submission Form’ instructions above.

Where films are shot on a location outside the school, a release form for that property/location must be completed by the proprietor(s) and retained by your school principal. No company logo, brand names or company names can appear in the final film. Corresponding checkbox to be ticked when making your film submission(s) as per the ‘Submission Form’ instructions above.

Any music in your film(s) must be original and/or copyright free. If copyrighted music is used, full written permission must have been granted to use the excerpts in question in your film/video. Written permission to be retained by your school principal. Corresponding checkbox to be ticked when making your film submission(s) as per the ‘Submission Form’ instructions above.

Schools will be notified as soon as judging is complete. Winning entries will receive their plaque and prizes before the end of April 2020. All participating schools will receive a certificate of participation which students may include in their French portfolio.

À vos agendas / Save the date !

For our national conference, October 16th, 2021