Félicitations to all those schools who successfully completed their short films “en français” on the theme “Quand le chat n’est pas là, les souris dansent”.  The external judges were very impressed with the great work and fun which was evident in each of the finished productions. Students and teachers alike should be proud of what they have achieved. 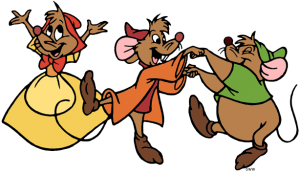 Difficult decisions had to be made and, in the end, the following 4 schools were chosen as the overall winners.

We are waiting to receive release forms from the winning schools, then you can view the winning films on our ‘Concours Vidéo’ page.

Most creative winners with language…

There is still time to make a quick 5 minute film with your students and submit it on/before Friday January 27th 2017 to:

Entries sent on or before that day will be accepted. These will then be judged by a jury external to the FTA so that members of regional branches and of the National Executive may enter teams from their schools.

The jury has met and was very pleased with the entries. They were impressed by the ideas, the acting and the quality of the French both at Senior and Junior levels.

So, here are the winners:

There will be a prize giving ceremony during the French Teacher Association national conference in October for the best overall winners. Details will be emailed to you in due course. The other two categories will receive their prizes from members of the FTA executive before the end of the year.

Commiserations to the others.

Certificates will be posted shortly for all.

The IFI has the programme online for the showing of French films to school in Ireland. Check out it out on their website here.

In response to teachers’ requests we are happy to announce that we are extending the deadline for our FILM COMPETITION « Le Coup de Foudre » to January 30th 2015. This will allow teachers who did not have time to launch the project before Christmas to spend a few days on same on returning to school in January. If you have already started you will have  more time to finish your film.

Those of you who attended the FTA Conference saw the winning entry and how much fun these students (all in 1st Year) had while making their 5 minute film. All students will receive a certificate of participation  for their folders. Follow the link on fta.ie to see how easily a film can be made using Windows Movie Maker (although most classes will have at least one computer buff who will be delighted to show off his/her skills!).

There are very few competitions for French students in ireland. Show your students how much fun they can have in French by working with them on a simple project that will only take a few days!!